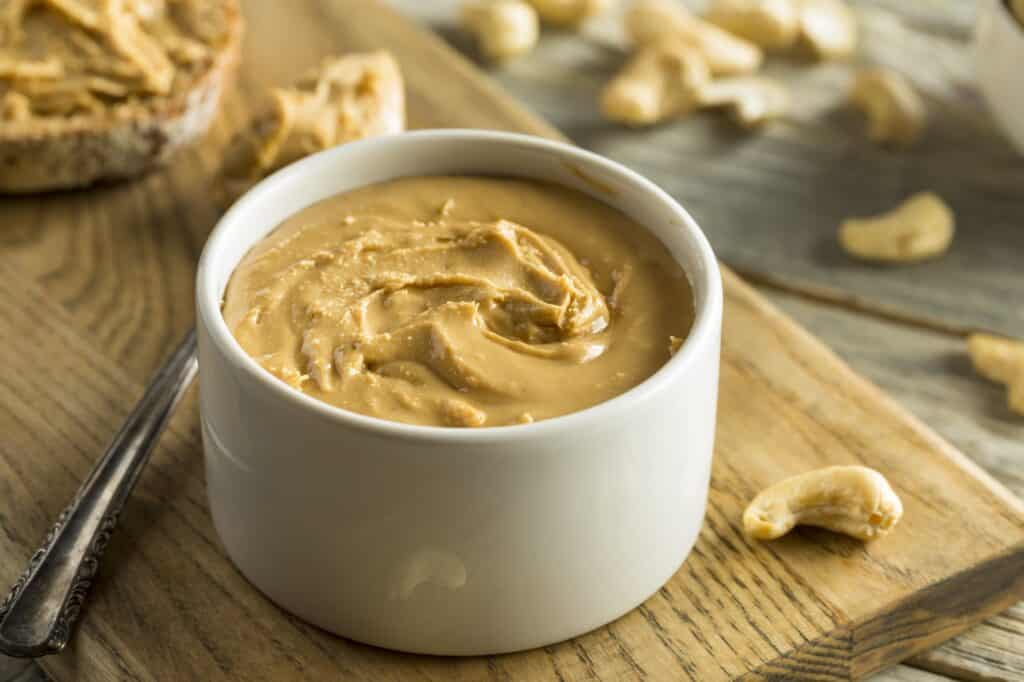 How does cashew butter differ from almond butter?

Where the difference between cashew and almond butter is most noticeable is in the area of flavor. Cashew butter made with roasted cashews has a relatively mild flavor, and it is even milder when made with raw cashews. Almond butter has a strong nutty note with a hint of chocolate and coffee. Raw almond butter won’t have the strong coffee and chocolate notes, but it will have a nutty flavor similar to that of coconut.

Cashew butter can stand in for almond butter only if you don’t particularly need almond butter’s distinctive flavor for a recipe. You will also lose some of the nutritional advantages that you get with almond butter, but the difference there won’t be that significant since cashew butter brings its own health benefits. When it comes to fat content and texture, the two nut butters are close enough that cashew butter can work as an almond butter substitute if those two characteristics are your priorities. Cashew butter and almond butter are about equally available in most places and sell for roughly the same price.

Almond butter can work as a cashew butter substitute in recipes where you want a strong nutty flavor. If you want a more neutral flavor, opt for raw almond butter, but even that will be more flavorful than cashew butter, so it might not be ideal.

Cashew butter is great in savory Thai and Chinese dishes. It works as the main ingredient in satay sauce and can replace the sesame paste in Chinese dan dan noodles. You can also use cashew butter as a spread for bread with jelly or in cookies and smoothies for its richness and protein content.

Almond butter works best in dishes that benefit from its flavor. It is great in desserts like cakes and ice cream. You can use it to enhance the taste and nutritional value of oatmeal.