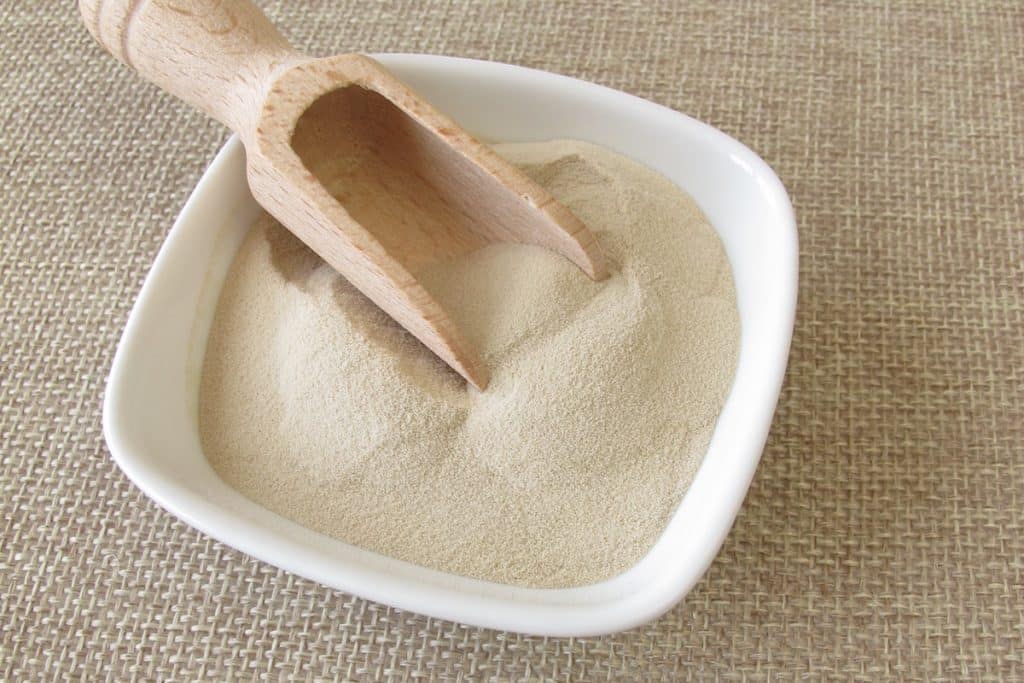 Carrageenan is common as a food additive in commercially processed food where it is used as a gelling agent and to improve mouthfeel. It is not a common ingredient for home cooks, but it is available from various retailers. If you need a product with carrageenan’s properties but don’t want to wait for an online shipment or have other concerns about the product, try one of the effective carrageenan substitutes below.

Agar Agar powder is commonly known simply as agar powder or just agar. Like carrageenan, it is a seaweed extract that has gelling abilities due to its high soluble fiber content. It actually comes from the same type of seaweed that is used to produce carrageenan. Another important similarity is the fact that agar agar powder comes from a plant, this makes it a great vegan gelling agent.

Agar agar is most widely used in Asia, where it is the ingredient that gives jelly candies from that continent their unique texture. These candies are popular in many Asian countries and have a texture like that of the gelatin-based desserts popular in the west but without the temperature sensitivity that gelatin brings. It should be noted that the enzymes in certain fruits can stop the gelling action of agar agar.

Gelatin and carrageenan have strikingly similar textures and gelatin is also much easier to find. Unflavored gelatin can be found in most grocery stores in the US and is relatively affordable. From an availability standpoint alone, it makes a good carrageenan substitute since carrageenan may not be the easiest thing to find if you need it in a hurry. The downside is that gelatin is an animal product, unlike the other carrageenan substitutes on this list. As an animal product, it is not suitable for vegans or vegetarians. Another problem is that gelatin requires low temperatures to set, and so cannot be used for room temperature items.

In a pinch: Pectin powder

Pectin powder is another form of soluble fiber that is used as a thickener, but it comes from fruits rather than from seaweed. Pectin can be found in many fruits, but apples and oranges are two of the richest sources. In European and American cuisine, pectin is a staple of jam-making. It is used to create the thick, syrupy texture associated with jam; it is more of a thickener than a gelling agent. Pectin is a plant product like carrageenan, which means that vegans can consume it with no worries but that’s not its only similarity to the seaweed. Pectin powder can perform its role at room temperature, meaning that refrigeration is not necessary. The only real drawback of pectin powder is the fact it requires sugar to be effective.

You are not limited to the pectin sold in grocery stores as you can get pectin directly from fruit as well. You extract pectin by boiling the peels or piths of pectin-rich fruit. Orange piths are a convenient source. In other cases, you can simply add the fruit itself to your jam to get the effect. Peaches are often used in this way.

If what you need is a simple thickener that is stable at room temperature, corn starch is a great option. Not only is it easy to find and vegan, it is extremely affordable as well.

Sodium alginate is another seaweed-based gelling product, It has recently become a popular cooking additive and is used to encapsulate liquids in a gel membrane and can be used to make stable foams.