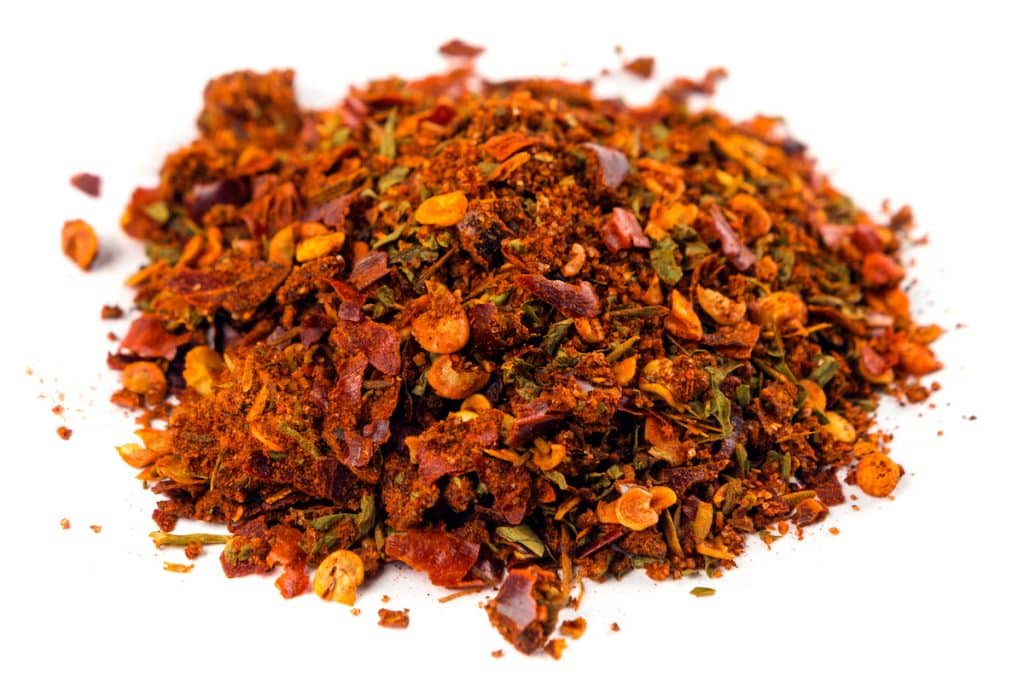 Cajun seasoning is a spice blend that is supposed to encompass the flavors used in Cajun cuisine. It should not be confused with Creole seasoning even though the two are often viewed as interchangeable by people who are not from Louisiana. Creole cooking is associated with New Orleans, while Cajun cooking with more rural parts of Louisiana.

Cajun is a contraction of Acadian. The Acadians were French colonists who had originally settled in Nova Scotia, Canada. They were forcibly removed by the British and sent to the US in the 18th century. They eventually wound up in Louisiana bringing with them elements of French culture, including many aspects of French style cooking. These included the flavors that would eventually be combined in Cajun seasoning. Other aspects include their tendency to use all the parts of an animal and certain French cooking techniques.

The Cajuns would adapt their tastes to what was available in their new land. Wheat for making bread was impossible to grow in Louisiana, so they began using rice instead in the early 20th century. Okra would also find its way into their diets as can be seen in the popularity of gumbo.

In the 1980s, Cajun cooking would become popular all over the US. Easy ways of replicating the flavors would also become popular. An abundance of prepackaged Cajun seasoning blends started showing up around this time.

Like many traditional spice blends, Cajun seasoning does not have a set recipe. The ingredients can vary from just a few to about a dozen. Most pre-made blends will include salt. Some blends may be spicier than others but the focus in all cases will be on the savory, umami notes. Cajun seasoning will usually include paprika, onion, and salt along with white pepper. Some blends may also include cayenne, and turmeric, along with herbs like oregano and thyme.

It can be used in any dish where you want the flavors associated with Cajun cuisine. Use it to flavor crawfish dishes and for making gumbo, dirty rice, and other Louisiana favorites. You can also use it as an all-purpose powdered seasoning blend in the breading for fried chicken or in a dry rub for barbecue.