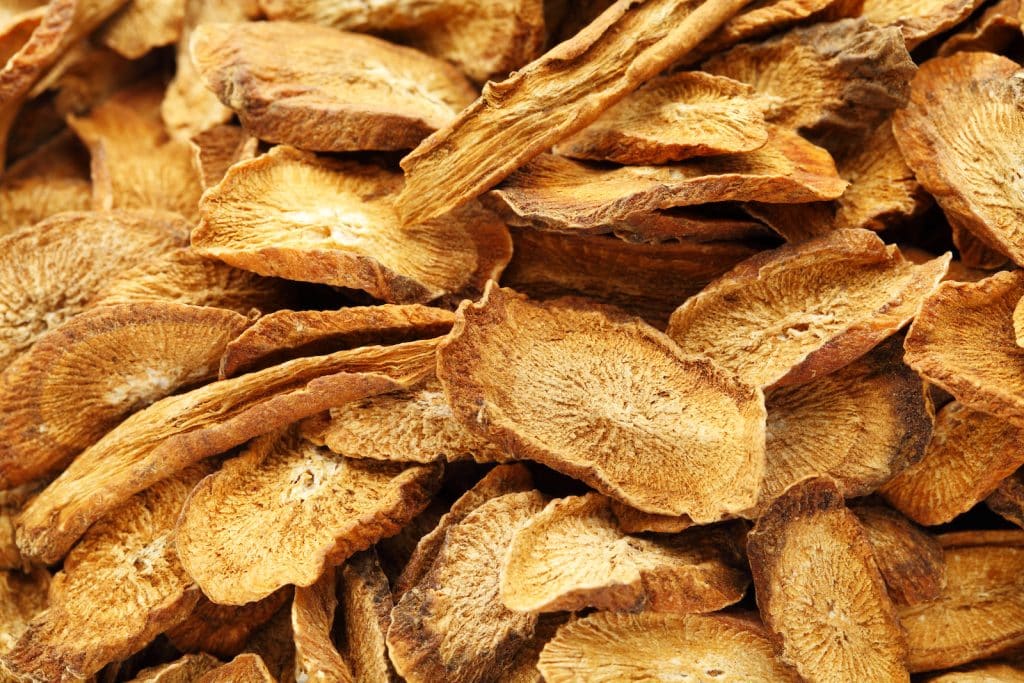 Burdock root is native to Europe and Asia, but you can find it growing in North America as well. Like dandelion and echinacea, the burdock plant belongs to the Asteraceae family.

The burdock plant most likely made its way to the New World via its tendency to attach itself to clothing. It has hook-like prickles on its seed heads. It is this attachment mechanism that was the inspiration for hook-and-loop Velcro technology.

The 1st-century physician Celsus recommended the combination of pounded burdock root and wine as a topical treatment for venomous bites.

Medieval mystic Hildegard of Bingen used burdock root to treat cancer. Burdock was used in a 12th-century preparation for treating fevers documented in The Trotula. The Anglo Saxons called burdock root clate. They used it to make a salve and had medications with catmint for hemorrhoids and for an eye ailment that is most likely a sty.

During the Middle Ages in England, herbalists used burdock to treat illnesses like scurvy and rheumatism.

In the 17th century, the herbalist Nicholas Culpeper also believed in burdock’s therapeutic value. In the 19th century, physician Dr. John Milton Scudder recommended it as a remedy for bronchial irritation.

Burdock root is popular in Japan. The Japanese call it gobo and consume it as a root vegetable. Many Japanese people consider it an aphrodisiac.

In North America, healers in the Ojibwa tribe used burdock for its cleansing benefits.

Burdock root has an earthy flavor that is similar to that of parsnips and Jerusalem artichokes. Most of burdock root’s taste is in its skin.

Throughout history, burdock root has been viewed as having significant health benefits and many still see it as a healthy food today. It gets its benefits from compounds like:

The above compounds make burdock root effective for preventing or treating conditions like: