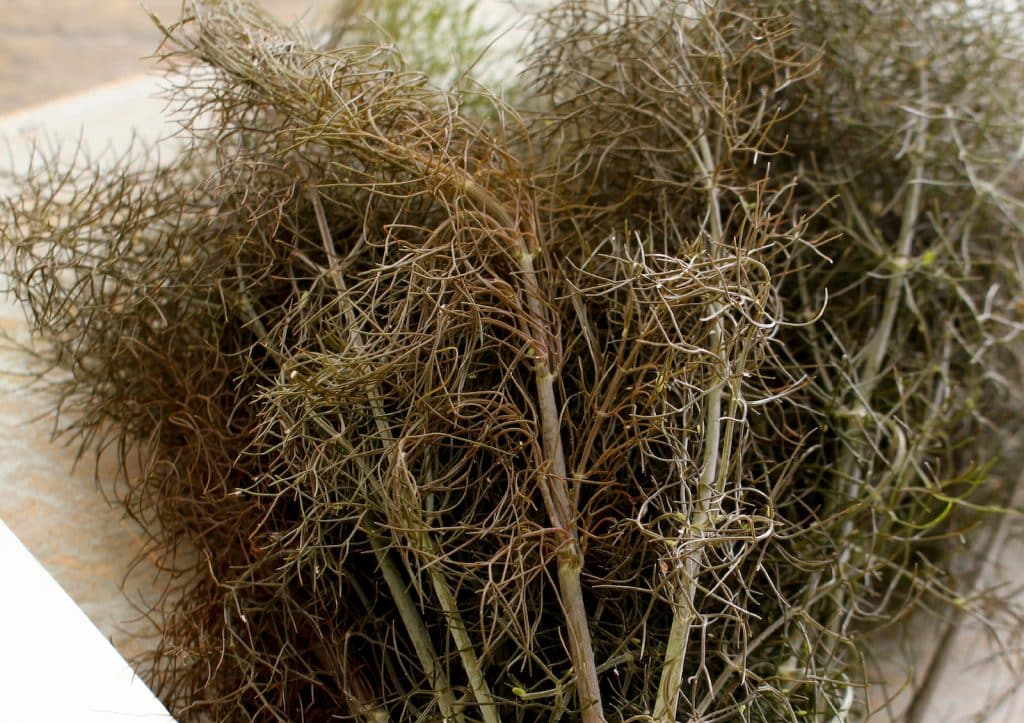 While it is difficult to pinpoint the specific origin of the bronze variety of fennel, historians believe that all forms of the fennel herb originated in the Mediterranean part of Europe. The use of fennel dates back to Ancient Egypt. Hippocrates, the Greek physician for whom the Hippocratic oath was named was also a fennel fan. Fennel is associated with the creation of the marathon. A fennel stalk was supposedly carried by Pheidippides as he ran from Marathon to Athens. He was carrying news of a battle that took place in a fennel field. Fennel most likely made its way outside of the Mediterranean region and around Europe with the Roman legions. Pliny the Elder documented his use of fennel. He believed that the herb was able to treat as many as 22 different health problems.

In the 14th century, fennel seeds were nibbled on as a snack to stave off hunger on religious fasting days. In the 17th century, Nicholas Culpeper recommended the use of fennel as a poison antidote.

Bronze fennel reached the Americas via Spanish explorers of the 17th century who brought seeds from Europe to plant in the New World. This is how fennel came to be naturalized in the US and concentrated in the area between San Diego and San Francisco. Because bronze fennel self-seeds, it can grow abundantly in the right conditions. Many consider it to be a weed despite its culinary value.

Today, most bronze fennel is found in the US and in the UK.

Bronze fennel seeds offer the sweet licorice note that you will get from other varieties of fennel. The fronds and stalks also have the distinctive fennel flavor. Because bronze fennel tastes exactly like bulb fennel, you can use it in any recipe that requires bulb fennel.

Bronze fennel is as nutritious as bulb fennel. Along with its great nutritional profile, it is also a low-calorie food. The various nutrients that make it a valuable addition to your diet include:

You can use bronze fennel to treat or prevent health issues like:

Like the seeds from bulb fennel, you can use bronze fennel seeds in sweet Italian sausage and in other Italian meat products such as salami. The seeds can be used to make Chinese five-spice powder or added to garam masala. The stalks and fronds of bronze fennel can also be used in much the same way that you would use bulb fennel — your options include stuffing them into the cavities of whole fish like salmon or trout before roasting them. Chop bronze fennel stalks and fronds to use in a stew or eat them raw in salads and as garnishes.