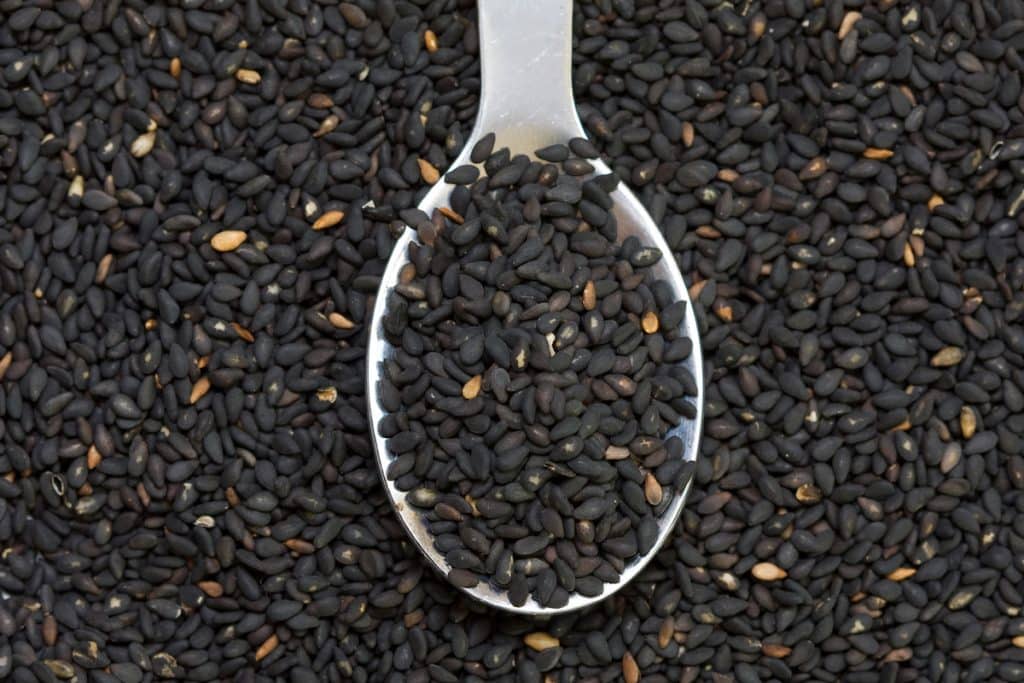 Sesame seeds are believed to be one of mankind’s oldest spices and are mentioned in the Assyrian creation myth. There is evidence that sesame seeds were being used by the ancient Chinese people around 5000 BCE. The Chinese used sesame oil as a fuel for lamps and burned it to use the soot for their ink blocks. Other evidence shows the sesame plant being grown in India around 1600 BCE. Historians believe that India is actually where sesame seed plants originated. Specifically, they are thought to come from the Indian Archipelago, also known as the Spice Isles. The Romans also used sesame seeds. In ancient Rome, sesame seeds were ground with cumin to make a spread for use on bread.

By 1500 BCE, sesame seeds were being cultivated in various parts of Africa, including Egypt and Sudan.

The word sesame is thought to have evolved into its English version from the Arabic word simsim and the Egyptian semsent.

Black sesame seeds are full of compounds that can benefit your health. Among their nutrients are:

Black sesame seeds can be beneficial for treating or preventing the following health conditions:

These seeds are a popular condiment in Japanese cooking and are among the main ingredients in the Japanese seven spice blend also known as shichimi togarashi. They also show up in various Asian pastries and noodle dishes. Black sesame seeds are used in some varieties of the Cantonese dessert known as tong sui, which is a sweet soup or custard.