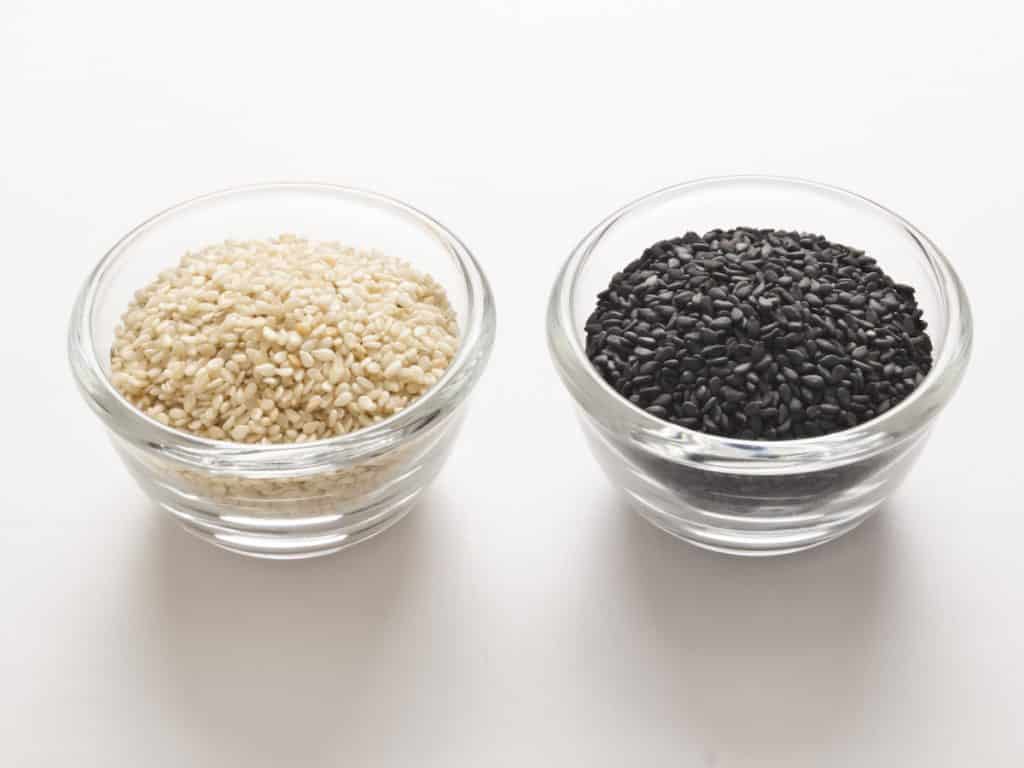 Sesame seeds are full of nutrients and add a significant amount of flavor in both Eastern and Western dishes. If you want to make sesame chicken or bake your own bagels, you may find yourself needing one or the other. If you are unfamiliar with either type, you may be wondering whether they are interchangeable or just what their differences are. Is one better for some dishes than the other? We will answer that question and more in this SPICEography Showdown.

Despite the fact that black sesame seeds impart a slightly more intense flavor than the white variety, the main difference between the two will be visual. Black sesame seeds can be used as a substitute for white without much of an effect on the taste but will give a dramatically different appearance. The same is true when using white sesame seeds in place of black. For example, white sesame seeds will not be as striking in a noodle dish as the black ones.

Note that the subtle flavor difference may be slightly more of an issue in desserts. The flavor of black sesame seeds is a little better suited for pairing with stronger savory spices than with sweetness. It may be able to stand out more. The mildness of white sesame seeds goes well with sweetness and delicate dessert flavors. That said, the differences are slight enough that either can still be used to provide almost identical flavors.

Use black sesame seeds for lighter-colored dishes and baked goods where you want the strong black-on-white or black-on-brown visual contrast. Use them in noodles, and on certain pastries. Also, use them in savory dishes that have strong spices since the mild flavor of white sesame seeds may all but disappear in those applications. In addition, you can use black sesame seeds in place of poppy seeds in many bread recipes.

Use white sesame seeds in mildly flavored desserts and baked goods where the nuttiness will still be detectable. They can also be used to create a white on dark contrast in some dishes.