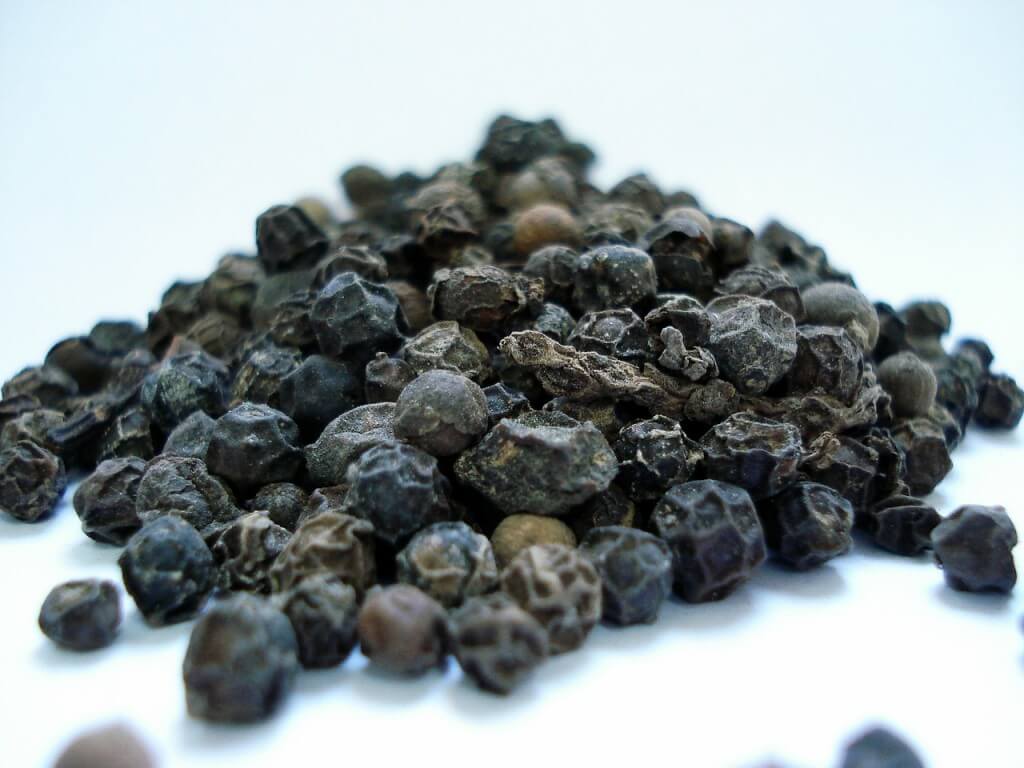 Black pepper is one of the most widely used spices in the world. In the United States alone, black pepper stands side-by-side with salt on most dinner tables. While it is one of the few spices nearly everyone uses with at least some regularity, most of us don’t stop to consider how this popular spice came to be passed around our tables today.

This particular spice has been one of the most widely traded in the world, dating all the way back to ancient times. It was once reserved for the wealthy, commanding rich prices in terms of its value on the world trade market.

The black pepper that is so common and familiar to us actually begins its life in the form of green berries produced by a flowering vine called Piper nigrum. While there are some other regions producing black pepper, this spice originates specifically from the Western Ghats of Kerala State in India. Incredibly, black pepper first became known and revered over 4,000 years ago to become the second most common household spice in our kitchens today.

There is a distinct and undeniable earthiness to the flavor of black pepper, one that is woody, piney, and sharp all at the same time. Black pepper also has a unique pungent taste all its own and is both biting and hot to average and refined palettes alike.

Contrary to popular belief, pepper is not intended to be used like salt. Salt is an additive that enhances the flavor of a dish—in fact, nearly every dish (including baked goods like cookies and pies) contains at least a pinch of salt. Black pepper, however, is not a flavor enhancer but a spice. This is a little-known distinction, but it’s an important one to be aware of whether you’re a casual cook or a budding chef.

There are vast health benefits attributed to black pepper. For hundreds of years, it has been a key element in a wide variety of natural remedies from mixtures used to detoxify and clear the skin to massage oils that are popular in Ayurvedic treatments. From herbal tinctures to beauty treatments, black pepper certainly has more uses than most people would even dream of. There are almost countless health benefits black pepper is believed to possess, some of which include the ability to relieve:

While it might seem far-fetched, there is scientific reasoning behind the variety of ailments black pepper is believed to benefit. It is known to act as a very good natural anti-inflammatory agent as well as having relatively strong antibacterial properties. In fact, it was once frequently (and sometimes still is) used as a preservative to increase the shelf-life of certain foods because of its antibacterial properties.

One of the most beneficial effects of black pepper is that it enhances bioavailability. In other words, it helps your body to more efficiently transport and absorb other healthy foods that you consume, making those nutrients more accessible and available to your system as a whole.

You can add a noticeable bite to a culinary creation by grinding fresh black pepper over the dish as you near the end of its cook time. Knowing how to use black pepper to your advantage can give you a simple way to change the flavor of a wide variety of dishes. When you grind fresh black pepper over your dish toward the end of cooking, the bite that you create doesn’t give your food a “peppery” taste; instead, you’re giving it a nice kick that is understated, yet flavorful and earthy with a hint of spiciness.

Some dishes take full advantage of the incredible flavor profile of black pepper. For example, there are amazing steak rubs that can be created using black pepper as the primary ingredient. The resulting steaks you fire up on the grill will embody every nuance black pepper has to offer, from the earthy taste that mixes so well with smoky flavors of a charcoal grill to the pungent spiciness that leaves that invigorating, peppery feel on your tongue.

Venison steaks are particularly delicious when black pepper is used during cooking, as the somewhat sweet flavor of this meat is perfectly complemented by the pungent and woody tones of the pepper.

Black pepper isn’t just for carnivores. There are many ways to mix simple yet surprisingly refreshing salad dressings using this spice. Lemon and black pepper play against each other especially well in a light, oil-based salad dressing, creating a tanginess as the flavors of pungency and spice combine.

The King of Spices

The next time you sit down to a meal, take a moment to appreciate this incredible spice. If you typically add a bit of black pepper to every meal, pay close attention to the complexity of the flavors it actually contains. While you’re sure to reap at least a few health benefits from this “King of Spices”, you just might find yourself eager to begin creating exciting new recipes so you can showcase your new-found knowledge and appreciation of black pepper.