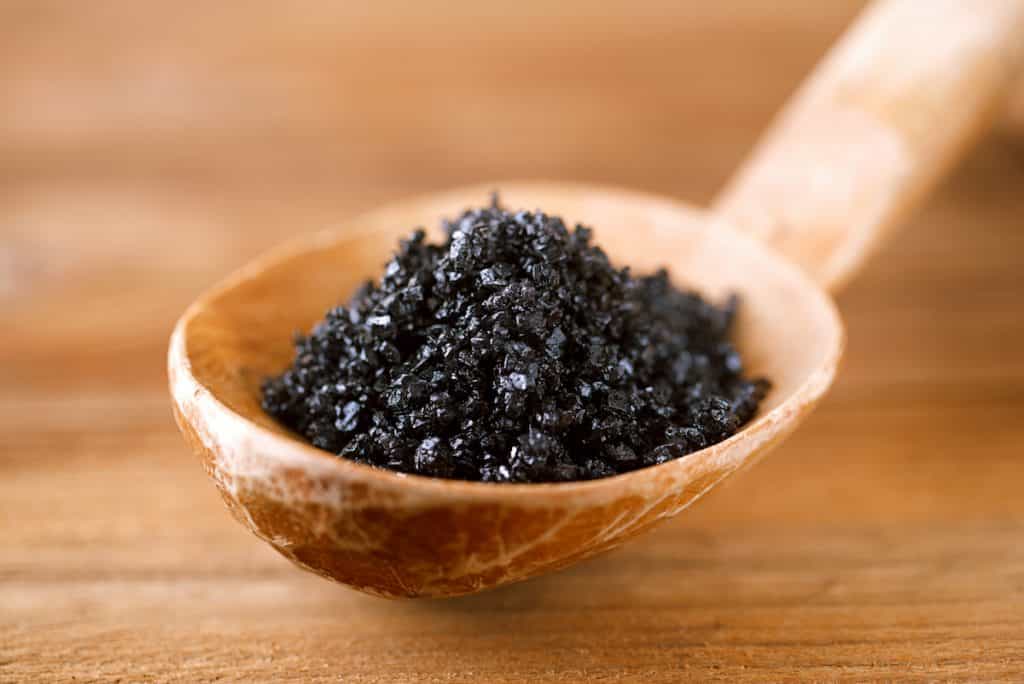 Salt is called pa’akai in the Hawaiian language and making it is one of the islands’ oldest traditions. The word pa’akai can actually be broken down into two separate words: pa’a and kai. Pa’a means solid or firm while kai means saltwater. This means that pa’akai can be translated as solid sea. For the ancient Hawaiian people, salt was the solid embodiment of the sea. For centuries Hawaiians have harvested salt and used it for both curing and for seasoning food. Their harvesting techniques include ponds similar to those used to harvest the French fleur de sel.

Black lava salt can also come from Cyprus but is made in much the same way. As with the Hawaiian version, Cypriot black lava salt was historically taken from volcanic areas, but is now made by blending sea salt with activated charcoal.

Aside from delivering the crisp flavor of sea salt, black lava salt is known for having a strong smoky taste. This makes it the perfect complement to dishes where the taste of smoke is desired. Some people detect sulfur notes in black lava salt, which means that it may be possible to use it in place of Indian black salt. Others detect nutty notes.

Black lava salt is typically coarse-grained, which means that it is best used as a finishing salt. Using it for cooking can give dishes an unpleasant gray color or produce streaks. The size of the grains means that not only will using it as a finishing salt make for a visually striking presentation, it will enhance the texture of the dish as well. Its dark color can give a dramatic appearance when it is applied to light-colored foods like fish or chicken, or when it is sprinkled over salads.