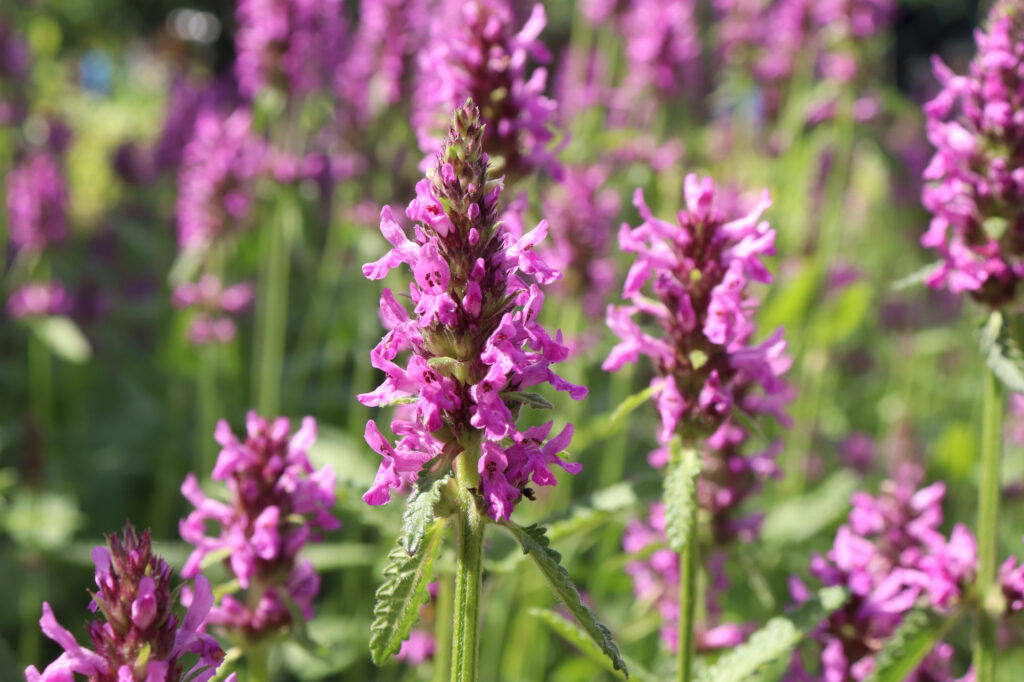 Betony is also known as wood betony and is native to Europe as well as parts of Asia and Africa. The herb belongs to the mint family. The Ancient Egyptians used betony and according to their superstition, betony had magical properties that enabled it to protect people from evil.

Betony was also used in Ancient Rome. Antonius Musa was Augustus Caesar’s physician and he believed that consuming betony prevented liver diseases. He named a total of 47 diseases that he believed could be cured with the herb.

Anglo-Saxons shared the Ancient Egyptian belief that Betony could ward off evil and it was common for them to wear amulets containing it.

Betony is one of the plants in the gardens of Charlemagne and it was also a common plant in the gardens of monasteries and apothecaries during the Middle Ages. It was prescribed for everything from nervous disorders to urinary tract issues.

John Gerard lived mostly during the 16th century. According to his book titled The Herbal or General History of Plants, betony has many medicinal applications including as a hangover cure and as a pain-killer. Gerard believed that it was useful for treating headaches and cramps.

The herb had a good reputation in North America as well and was praised by John Sauer who claimed that it could cure any illness brought on by cold.

Historians are not sure about betony’s etymology. The herb may get its name from ancient Spanish herders called Vettones or from the word bewton used by the Celts to indicate that the herb was good for the head.

Today, betony is largely unpopular among practitioners of herbal medicine but some herbalists do still use it for treating a few conditions. A betony tincture may be used to treat diarrhea, for example. The herb is still praised in Spanish and Italian folk sayings.

Betony has benefits such as the fact that it has no caffeine but tastes a lot like black tea, making it an excellent alternative if you are trying to avoid caffeine. Beyond that, it contains important compounds such as:

Use betony to treat or prevent health problems like these below:

The effects on blood pressure can be significant enough that you should use betony with caution. Use this herb only under an experienced herbalist’s guidance.

Betony is commonly consumed as a tea or in tincture form. Make a tea exactly as you would loose-leaf black tea. Add a teaspoon to a cup of hot water and let it steep for five minutes.