Bay leaves are among the earliest spices and have been in use since ancient times. It is one of the most widely traded as well. Bay leaves are from the Mediterranean region but are popular all over the world. They are usually used in dishes that require long cooking, such as soups, pasta sauces, and stews. Despite the fact that the flavor of bay leaves is distinctive, several herbs can do a good job of replacing it if you have none on hand. 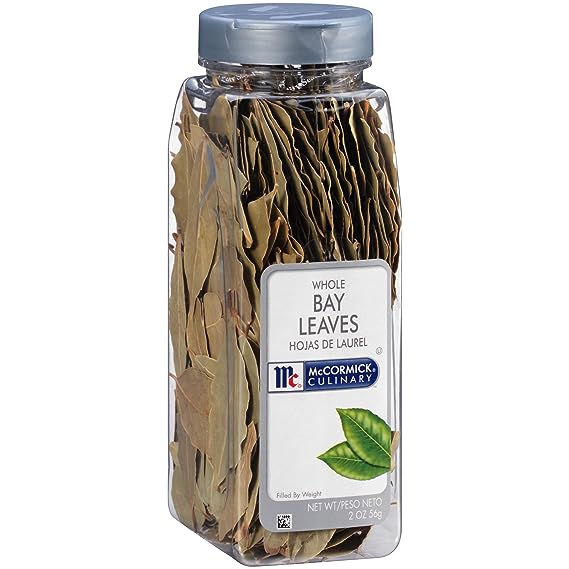 Bay leaves are one of the more unique herbs you'll find on the spice rack. And they're often called for when you least expect them, particularly in soup and stew recipes. Keeping a backup at hand will make sure your expected flavors stay intact.

Thyme is another herb from the Mediterranean that is also a popular bay substitute. While the two herbs are not related to each other and are dramatically different in appearance, thyme and bay do have a lot in common. Among the distinctive qualities of bay leaf is its dryness combined with its minty notes. Thyme provides those qualities, which allows it to complement meats like lamb and beef. To replace a single bay leaf with thyme, use 1/4 teaspoon of dried thyme.

While boldo is not widely used outside of South America, many cooks who have tried it have opted to make it a permanent substitute for bay. Boldo is from the Monimiaceae family which makes it a close relative of bay, hence the similarity in taste and aroma. In Brazil and other parts of South America, boldo is often combined with yerba mate in order to tame its strong flavor. The flavor of boldo leaves is widely described as warm and spicy with a hint of bitterness.

Because of the potency of boldo leaves, you will want to use about half as much when substituting for bay.

Juniper berries are the tiny blue pinecones of the juniper shrub that have the appearance of berries. They also have the intense, resinous flavor that is associated with gin. That piney flavor comes with hints of citrus. As with boldo leaves, the flavor that these berries provide is strong and can easily overwhelm a dish.

When replacing bay leaves with juniper berries, two or three berries in place of a single bay leaf is a good formula to follow. Some cooks chop, crush or grind juniper berries to help release their flavor.

Basil has a minty flavor that is similar to both thyme and bay. Basil also adds a sweet, herbal aroma to your dishes. It is an option that is best used when cooking Italian dishes that include tomato-based sauces.

Oregano is another common herb that also has a strong aroma and that works well in tomato-based sauces. Like bay leaves, oregano is an excellent addition to meats like beef and lamb.

Mexican oregano makes a great bay substitute as well. Use 1/4 teaspoon of each of these herbs when replacing bay leaves in a recipe. Allspice leaves and cinnamon leaves are also effective 1:1 substitutes for bay leaves, though they may be difficult to find.