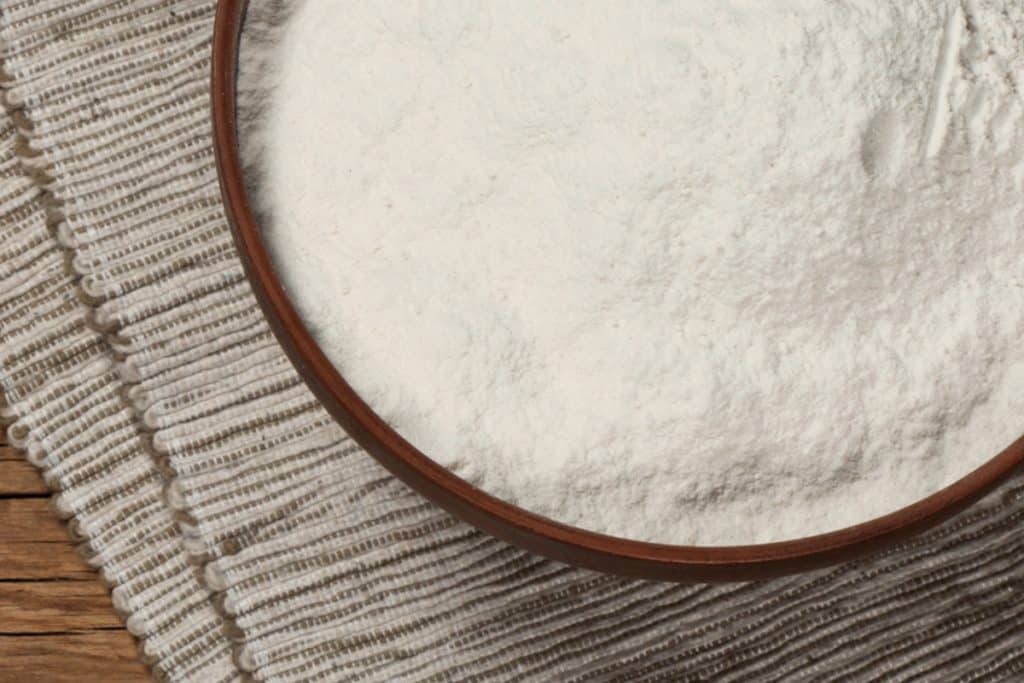 Baking powder was first used as an alternative to the earliest methods for leavening baked goods. Those methods required the use of yeast or baking soda. To use yeast, the baker would first have to grow it by fermenting fruits and vegetables. Once it was grown, it had to be carefully protected from temperature extremes. Using it was a chore that involved rising times as long as 24 hours. Baking soda was less finicky, but would require an external source of acid for it to release gas and provide its leavening effect.

The first version of the baking powder that we use today was invented in the early 19th century by a British chemist named Alfred Bird. He was seeking an alternative to yeast for his wife, who had a yeast allergy. While Bird’s baking powder did contain baking soda, it was formulated to leaven with no external acid as it came with the acid component already included. Bird used cream of tartar to provide the acidity. The cream of tartar was kept separate from the baking soda until it was time to use them. Bird’s baking powder also did its job quickly and was not as susceptible to temperature fluctuations as yeast. Without baking powder, we would not have cakes as they are known today.

In the middle of the century, an American named Eben Norton Horsford would come up with the first calcium phosphate baking powder. He would patent it and sell it under the name Rumford Baking Powder. Horsford would combine the two components into one mixture and since water caused the calcium phosphate to react with the baking soda, he added corn starch to absorb moisture. The result was a leavening agent that was easy for bakers to use without having to measure out the different ingredients separately.

Baking powder contains a lot of acid and can give dishes an acidic flavor if you use it in excess. As a result, dishes that contain a lot of acidic ingredients usually require baking soda as the leavening agent. A few people are able to identify a metallic taste from the brands of baking powder that contain sodium aluminum phosphate.

Baking powder is a food additive without a significant variety of nutrients; however, it is not nutritionally void. It is rich in two minerals:

The minerals in baking powder help to treat and prevent:

Baking powder is used for a large number of baked goods ranging from cakes to biscuits. It is the source of the fluffy, light texture possessed by modern cakes. It is also used to leaven items like pancakes and waffles.