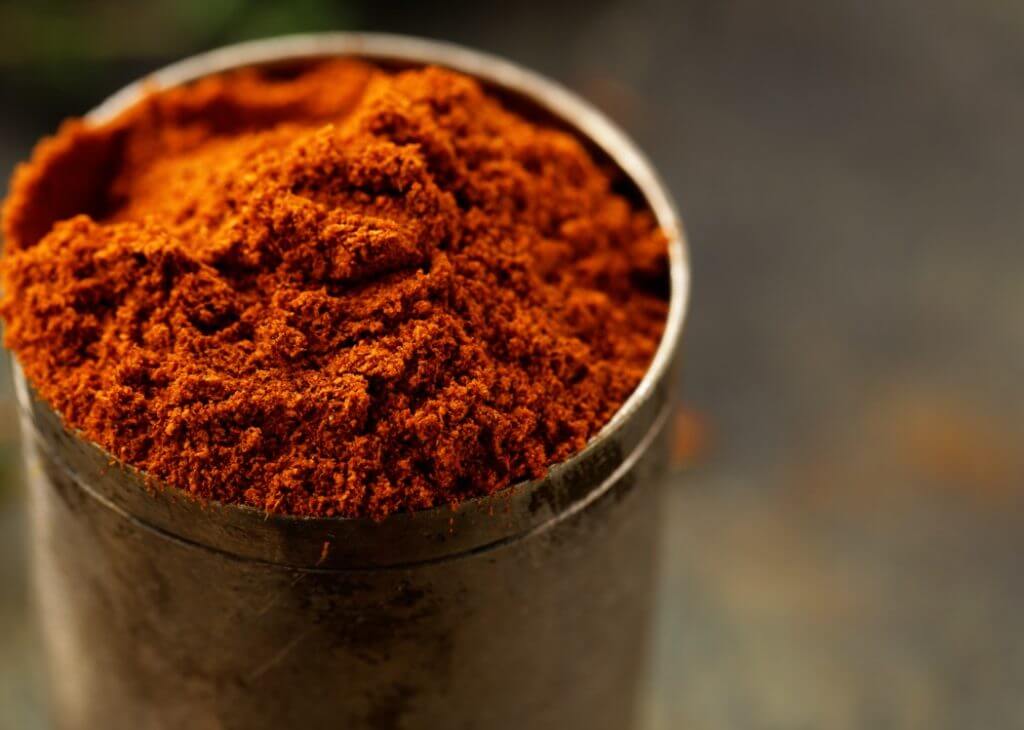 If you are making certain Middle Eastern dishes, the use of the baharat spice blend will be essential for getting the right taste. This blend can be easier to find in some places than in others. If you don’t have any pre-made baharat and have no way to get some quickly, you may want to try a baharat substitute from the list below.

Your best bet: Make your own baharat

Baharat is a savory spice blend that is used in both Middle Eastern and Greek cuisine. The word baharat is simply the Arabic word for spice. In the Middle East, it is often used as a condiment in that it is added to cooked food. The ingredients can vary depending on the region in which it is made, but Middle Eastern baharat blends typically include paprika and cardamom along with nutmeg and cumin. Some blends may have more than seven spices. Baharat can contain any of the many traditional spices including saffron, allspice, and coriander. The Turkish version may include mint. All of the spices you need to make your own blend can be found in a typical local grocery store. This gives you the freedom to add or eliminate spices according to your taste.

You can find a delicious recipe for the baharat spice blend at PepperScale.

Ras el hanout is supposed to be made with the best spices that a spice shop has for sale. The name translates to head (or king) of the shop. This North African spice blend can contain a wide variety of spices and the ingredients may vary significantly, depending on who is making the blend. Many blends have a similar set of ingredients as those in baharat, which means that ras el hanout can bring the same flavors to a dish as those from baharat. In other words, the real differences between these spice blends have more to do with the regions in which they are used than with the actual ingredients. Common ras el hanout ingredients include nutmeg, cinnamon and coriander; these are spices that are commonly used in baharat.

When using ras el hanout in place of baharat, start with a smaller quantity than the amount that your recipe requires for baharat and increase to taste.

In a pinch: Garam masala

Garam masala is an Indian spice blend that typically has many ingredients in common with baharat. Typical constituents include coriander, cloves and cardamom. Like baharat, traditional usage typically involves adding it to cooked food; however, it is versatile enough to be used as a rub or a marinade. It offers the same sweetness and spicy warmth that you would get from baharat; however, neither spice blend is usually hot.

You can use garam masala as a 1:1 substitute for baharat but because blends can vary, you may want to start with a smaller amount and increase to taste.

Unlike the baharat alternatives above, Madras curry powder is not from the Asia or the Middle East; however, it does contain spices from those parts of the world and among them are some of the spices used in baharat. As a result, it can provide a similar flavor profile. When using it as a baharat substitute, note that Madras curry powder contains turmeric along with ground chile peppers. Turmeric will give it a deep yellow color and the chiles may make it hot.

A simple blend of the most pungent spices in baharat may give enough of its flavor notes for you to get by. Consider a blend of cinnamon, cumin, and cardamom to get some of the prominent flavors in the blend.