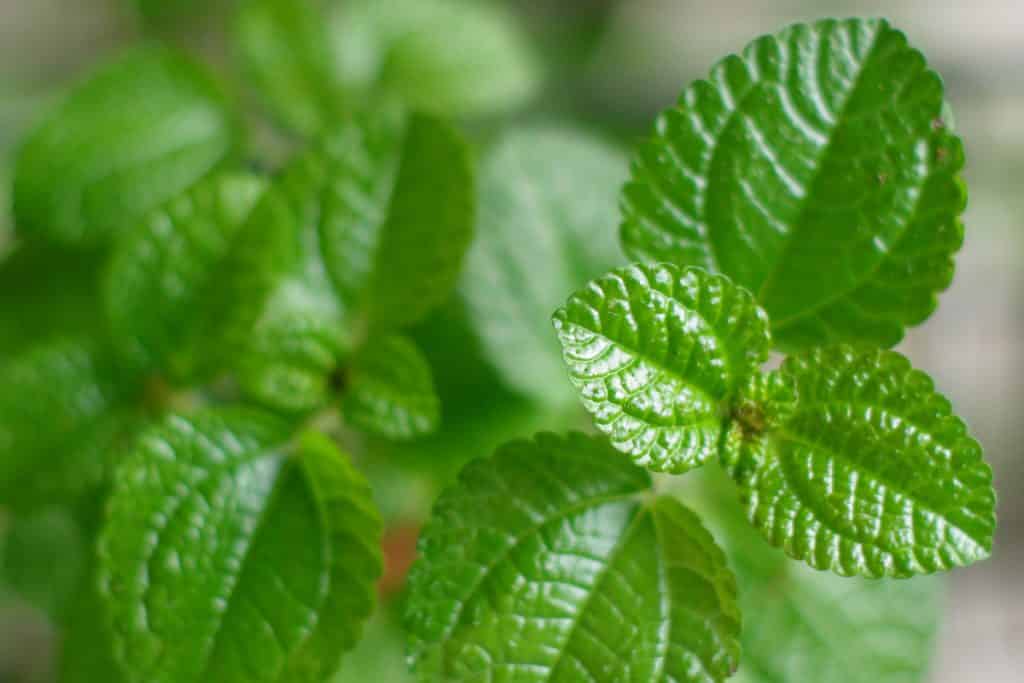 Apple mint and peppermint are both members of the mint family and you can use either of them to give the distinctive mint flavor to food; however, they won’t provide exactly the same version of that flavor. You will not get the same results just by making a 1:1 substitution; these herbs are not perfectly interchangeable. Which you choose depends on what you are making with the herb and your desired results with regard to flavor profile and appearance. Here is a look at how apple mint and peppermint compare in another SPICEography Showdown.

How do peppermint and apple mint differ from each other?

The first important difference between apple mint and peppermint has to do with the respective flavor profiles of each herb. The mint flavor in each stems mainly from menthol. Apple mint is the milder of the two in terms of its low menthol concentration. It also has a mildly fruity note that some liken to the flavor of apples. Peppermint has a higher concentration of menthol, hence its stronger minty taste. That pungent flavor is what accounts for the pepper part of the name — the herb’s minty flavor is strong enough that some consider it spicy.

Another important difference between these mints has to do with appearance. Peppermint has more of a standard mint leaf look, which is why you can use it as a garnish or salad green in the same way that you would use other types of mint. Apple mint is also known as woolly mint because of the fine hair on the surfaces of the leaves. The leaves of apple mint are also rounder than those of peppermint and are believed to be the inspiration for its name more so than its flavor.

Can you use apple mint as a substitute for peppermint and vice versa?

Because it is the milder of the two herbs, apple mint is arguably more versatile. Apple mint does not have the pungent notes of peppermint so you can use it in applications like salads where you want an herb with a mild mint flavor. If you specifically want the strong menthol content of peppermint, you will not get that from apple mint. As a result, apple mint may not be the better option for baking.

Peppermint does have culinary applications — such as in baking — but it is more popular as a medicinal herb. It is great for tea and as a digestive aid. If you use it in a recipe that specifies apple mint, you run the risk of overwhelming other flavors in your dish or beverage. It may be better to make a mint simple syrup that you can dilute to taste.

Apple mint’s mildness means that you can add it to your fruit or savory salads without much fear of making them too minty. You can muddle it to make mojitos and other similar cocktails but it is not an appealing garnish because of the fine hairs on the leaves’ surfaces. Peppermint leaves have the standard mint leaf appearance, which make them better for beautifying dishes or beverages. Its high menthol concentration makes it a more potent option if you are using it for medicinal benefits such as for relief from digestive problems. You can also use it to make pungent extracts for baking.