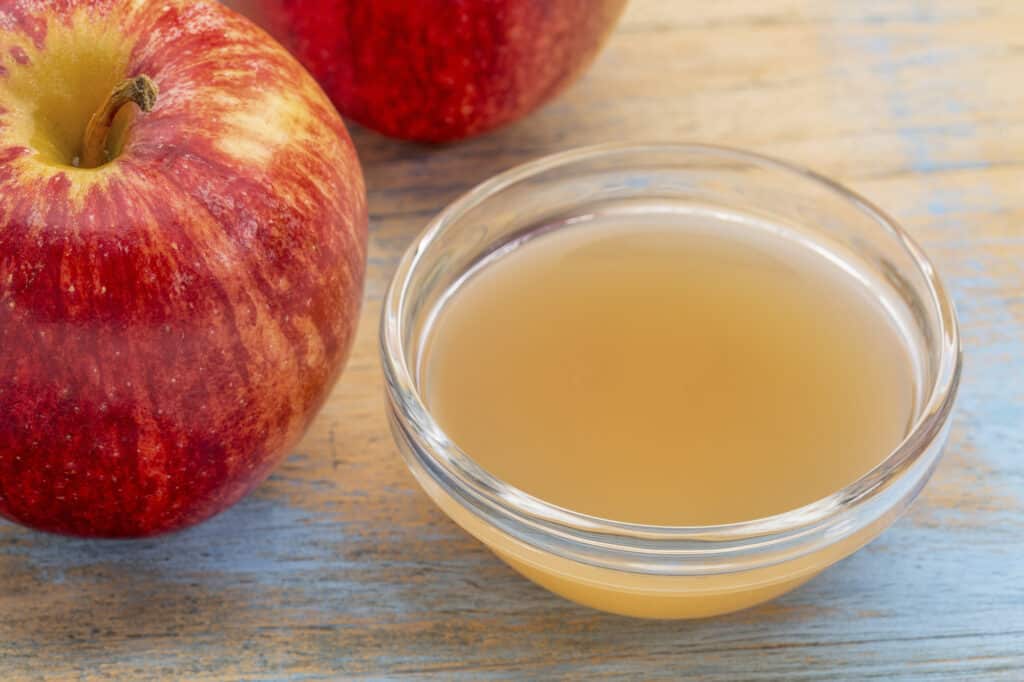 By the time the Romans sailed to Britain around 55 BCE, they found that the residents of the British Isles already knew how to make the apple cider.

DeForest Clinton Jarvis also known as DC Jarvis was a physician who lived around the start of the 20th century and who was an early proponent of apple cider vinegar as a tool for boosting health. He believed that consuming vinegar kept the body acidic rather than alkaline and that this treated various health problems.

Apple cider vinegar combines a moderately acidic taste with a strong apple flavor. The taste is extremely fruity and immediately brings ripe green apples to mind. If you are familiar with the flavor of hard cider, you already know what to expect from a quality apple cider vinegar. Some varieties have malty notes while others have woody notes from being aged in barrels.

Apple cider vinegar is not exactly a rich source of nutrients, but it does have small amounts of important compounds like:

The benefits of apple cider vinegar include its ability to treat or prevent health issues like:

If you suffer from acid reflux, apple cider vinegar may make it worse because of how acidic it is. You can lessen that acidity by diluting the vinegar before use if you plan to consume it as a drink. Otherwise, consume it in small quantities.

Along with being great in vinaigrettes, apple cider vinegar is traditionally used in marinades. The flavor is considered an especially complementary addition to pork and can be used in the braising liquid for pork roasts and stews.