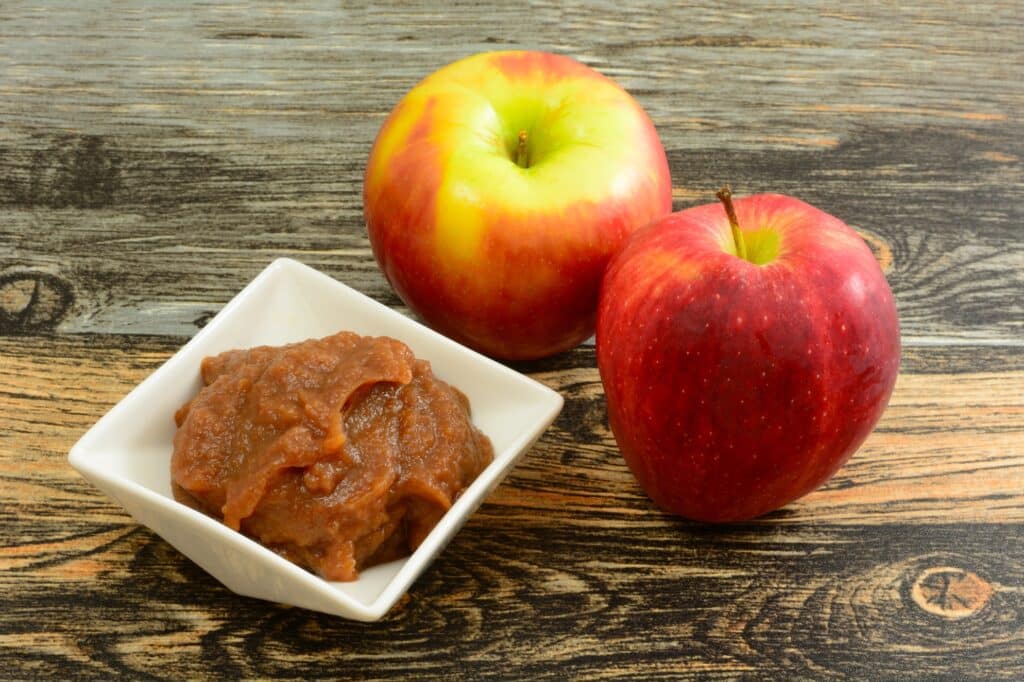 Apple butter and peanut butter are both used on bread and are popular in the US, and that’s about where the similarity ends. In the SPICEography Showdown below, we will look at how these two spreads compare.

How does apple butter differ from peanut butter?

Apple butter and peanut butter are made with different ingredients. Apple butter consists mostly of apples that have been reduced with some sugar and spices. The sugar content is usually pretty high.

Peanut butter is usually made with roasted peanuts — which are legumes — that have been ground to a paste. Peanut butter might contain a sweetener like sugar or honey, but the natural versions will have very little or none. Peanut butter will not normally contain any spices aside from salt.

The fact that the main ingredients are very different is evident in the flavor profiles of apple butter and peanut butter. Apple butter’s flavor is mainly sweet, with a little tartness from the apples. There will also be a little warmth from spices like allspice and cinnamon.

Peanut butter can work as an apple butter alternative if you need a replacement with a nutty, somewhat salty flavor. It won’t be a good substitute if you want a spread that tastes like apple butter, since it lacks fruitiness and sweetness.

Apple butter is a great way to add sweetness, fruity flavor and spice to oatmeal; stir it into oatmeal instead of sugar. It’s a great spread for toast, biscuits, and waffles. Use peanut butter on bread by itself or paired with a fruit jelly. Add it to smoothies to make them richer and increase their protein content.