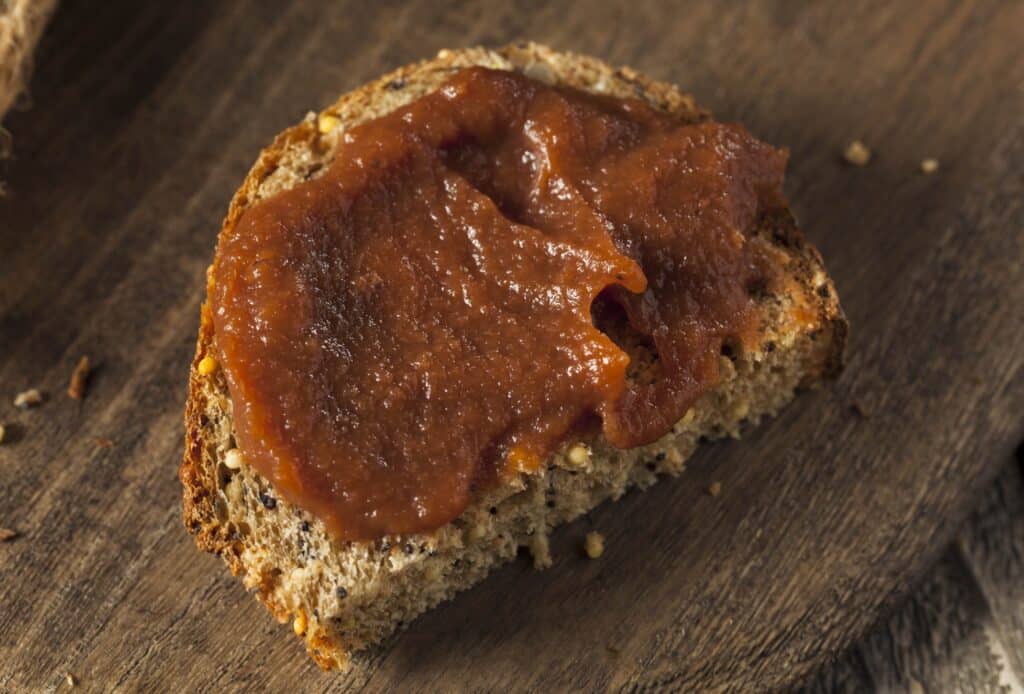 Apple butter is one of the classic fruit-based spreads. In the US, it is strongly associated with the Pennsylvania Dutch, but it has a long history in Europe, too. It is an important element if you are trying to cook Dutch or German foods. If you have run out and need a substitute, try one of the apple butter substitutes below.

Your best bet: Make your own apple butter

The traditional process for making apple butter involves cooking fresh apples over low heat for an extended period. It is time-consuming and not ideal if you need the apple butter immediately or only require a small amount.

You can shorten the cooking time for apple butter in a couple of ways. The first is to finely chop your apples, then cook them down for about an hour. Grind the partially cooked apples with an immersion blender to ensure that they break down faster than they would if you slow-cooked them for hours.

The other way is to start with applesauce instead of fresh apples. Applesauce consists of apples that have already been reduced, but not to the same extent as in apple butter. You can add the spices and cook them until they take on the appearance and flavor of apple butter.

The downside of either method of making apple butter is that the most popular DIY versions take time, which you may not have.

Like apple butter, pumpkin butter is a spread. It is similar to apple butter in that it is made from puréed fruit (pumpkin) along with the same set of spices used in apple butter. Because the spices are the same, the flavors are a lot alike.

The method of making it is similar to the method for making apple butter. The pumpkin and spices are combined with cider vinegar and reduced. The result is a spread that looks almost identical to pumpkin pie filling. You can use pumpkin butter just as you would use apple butter. It is a great spread for bread and topping for pancakes and waffles.

The downside of pumpkin butter will be the fact that it is not widely available in many parts of the country. It is possible to make it yourself if you have pumpkin purée on hand.

In a pinch: Pear butter

The only real drawback to pear butter is that commercial pear butter is not as common as apple butter, which means that you will probably have a hard time finding it. You can try making it yourself if you have fresh pears on hand.

Applesauce is made with apples, so it can work as an apple butter substitute without reducing it to make apple butter. It won’t be as thick or as silky as apple butter, and it won’t have the intense spicy flavors, but it will have the apple flavor. Applesauce is also widely available in much of the Americas and Europe.