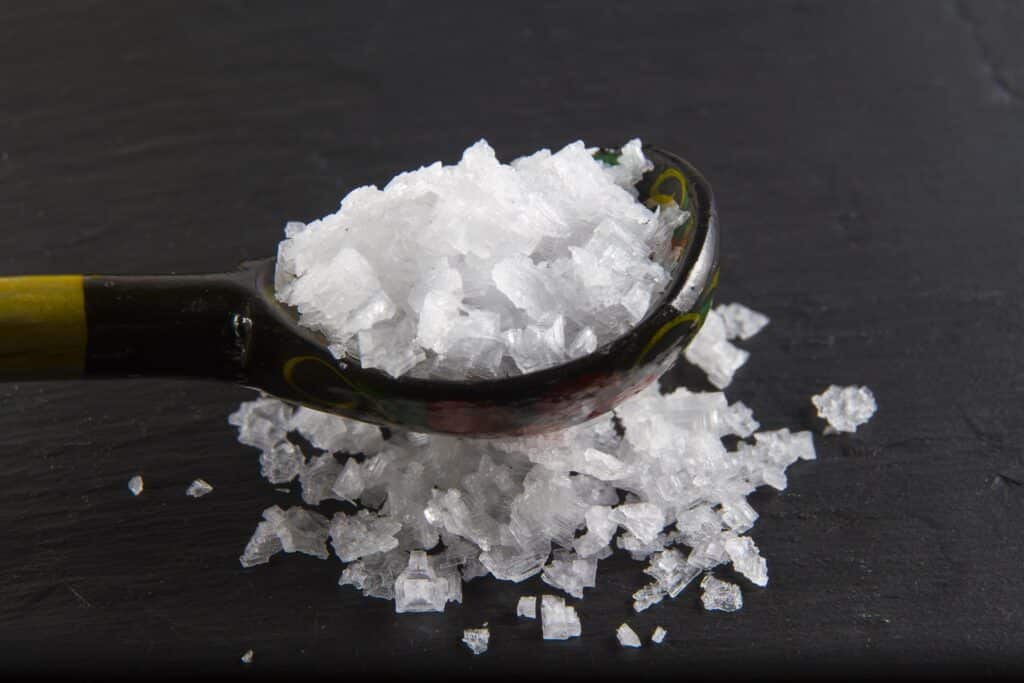 Anglesey is a small island to the northwest of Wales with a population of 85,000. The Menai Strait from which Anglesey sea salt is harvested is the body of water that separates the island from the Welsh mainland. The seawater from the Menai Strait is believed to be ideal for salt production because of how clean it is. There are no large cities on the shores of the strait nor are there any major industrial sites that might pollute the water. There is a sandbank and a mussel bank that help to filter the water naturally.

Salt production on Anglesey goes back to the era of Ancient Rome and peaked in the 1700s. Sea salt production on the island of Anglesey was stopped in the 18th century after the producers were found to have mixed Cheshire rock salt in with the sea brine to concentrate it, which is adulterating it. The remains of the salt works that was closed down because of the adulteration lie at the north of the island. The island’s salt production remained dormant until the 1970s when it resumed.

Today, Anglesey rock salt is charcoal-filtered and then heated before being placed into crystallization tanks. Once the brine has crystallized, its crystals are harvested manually. The resulting salt crystals are packaged and sold pure or smoked before being packaged. It’s available in coarse, fine and ground grades. Anglesey sea salt is exported to over 20 countries all over the world.

Anglesey sea salt has a unique flavor. It has other special properties as well, such as the shape and texture of its flakes. Some of its characteristics come from how the seawater is filtered.

One stage of its natural filtration is performed by a mussel bank. The mussels help to draw calcium out of the water as they grow, which helps to improve the taste of the sea salt. The fact that it has a low level of calcium keeps it from being bitter. Anglesey sea salt crystals also form similar to snowflakes — they are flat and crisp — and have a crunch that you won’t get from regular table salt. Anglesey sea salt has a long list of trace elements all of which contribute to its unique flavor. Those elements include zinc, copper, and cadmium.

Despite containing traces of minerals, Anglesey sea salt is not a good source of any essential nutrients and does not deliver any significant health benefits.

Because it is a salt, Anglesey sea salt should be consumed in moderation. Too much salt in the diet can lead to (or worsen) high blood pressure and cause all of the associated health issues. Excessive salt consumption may also increase your risk of stomach cancer and kidney disease.

The different grades and flavors of Anglesey sea salt make it a versatile seasoning that can be used in many different ways; however, it is best known as a finishing salt. The crunchy flakes are used to enhance both flavor and texture. The flakes also last longer when sprinkled onto hot food.