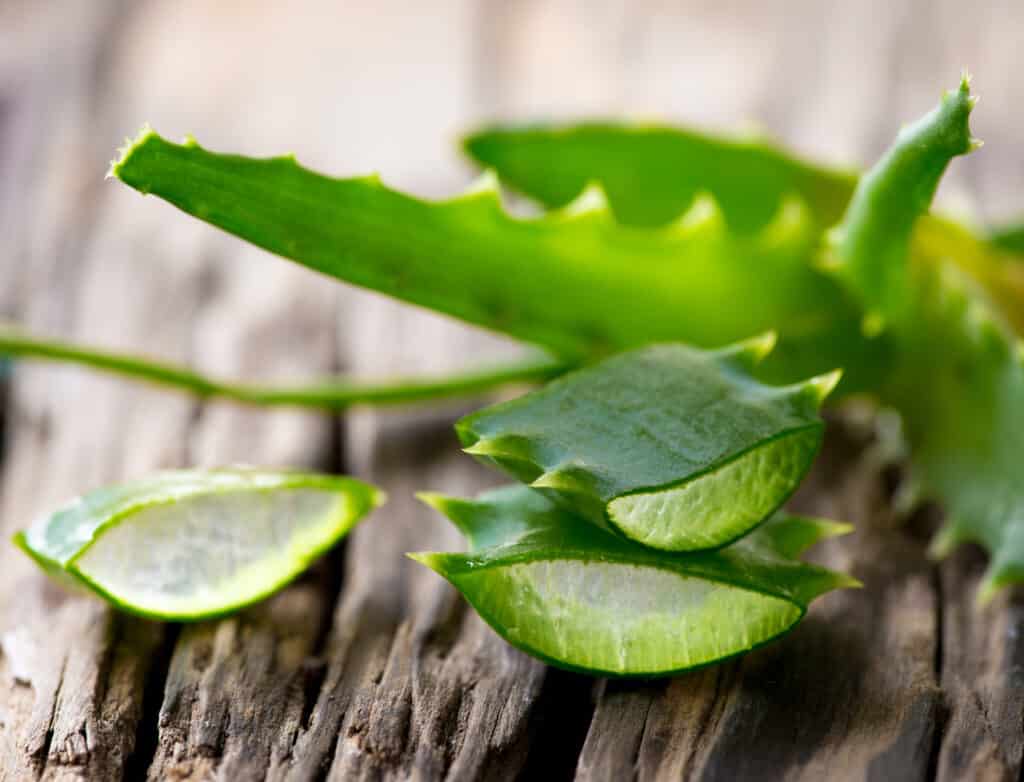 Aloe vera is a succulent with an array of health benefits and that you can prepare in various ways; however, you won’t always have an easy time finding it. If your local grocery store doesn’t stock it, try one of the aloe vera substitutes below.

As you might have guessed from the name, aloe ferox is a relative of aloe vera and a succulent with several qualities that make it a good aloe vera substitute. It has the same colorless gel that you can prepare and consume in the same ways or use topically. Aloe ferox has several advantages over aloe vera, chief among them is the fact that its nutrient concentration is significantly greater. Aloe ferox provides many of the same health benefits that you would get from aloe vera.

Warning: Like aloe vera, aloe ferox has a latex that can make you sick.

Also called Turkey aloe and Bombay aloe, aloe perryi is another member of the aloe family and has many of the same properties. Not only does it have many of the same medicinal benefits, you can peel it and eat the inner gel just like you would with aloe vera. The gel is said to be an effective digestive aid. As with both aloe vera and aloe ferox, the latex of the aloe perryi can have serious negative health effects. While some people do use it as a laxative, you should still approach it with caution.

In a pinch: Agave

The agave plant is best known for being the source of tequila, but it is also a source of food. Native Americans have been harvesting it for that purpose for thousands of years. Like the aloe vera plant, agave plants belong to the lily family’ however, one crucial difference is that the leaves are not the most commonly eaten section of the plant. Usually, the main parts of agave plants consumed are the flower stalks and the sap. The sap is where you see similarities with aloe vera. It is rich in nutrients.

To prepare agave leaves, you will have to roast or bake them. They are very fibrous, so eat them by chewing them then spitting out the fiber.

The sap of the agave plant is called honey water (agua miel) and it makes an enjoyable beverage. It is harvested by cutting out the center leaves of the plant. The sap has a lot of sweetness with a subtle bitterness in the background. You can drink it fresh or boil it to make a syrup commonly called agave nectar.

Native Americans have used prickly pear for thousands of years as both a food and medicine. Also called nopal, prickly pear is a cactus and offers many of the same nutritional benefits as aloe vera. Both are considered great for digestion, and both provide antioxidants. To prepare prickly pear, you will need to de-thorn and peel the pads before boiling them. Once boiled, you can use prickly pear in pretty much all of the ways that you would use aloe vera leaves.

Krantz aloe is also known as tree aloe. Its botanical name is Aloe arborescens, and it is a relative of aloe vera. While it is mainly used as an ornamental plant, krantz aloe shares many properties with aloe vera and is eaten as a vegetable in Japan. The nectar from the flowers is edible as well.