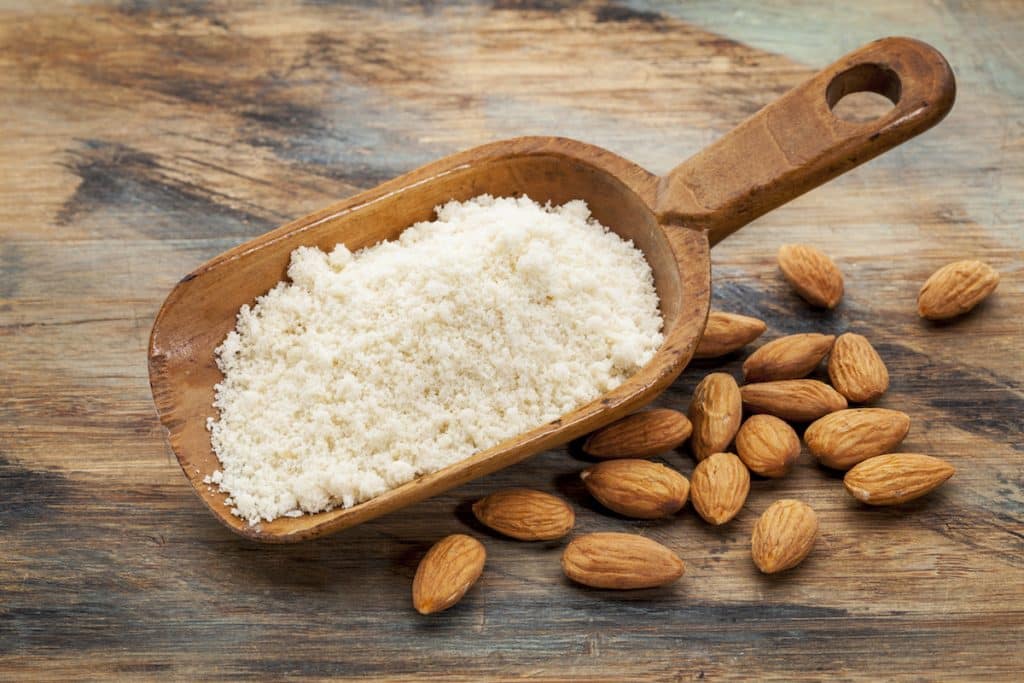 Almonds are believed to be among the oldest cultivated foods in history and are mentioned in the Old Testament. The almond originally came from the Middle East; specifically, countries like Syria and Turkey. It would eventually spread to Europe and Africa.

Almond flour and almond meal both refer to two versions of the same thing — ground almonds. The main difference being the size of the grains, with almond flour being the finer of the two. Nut flours made with almonds or pistachios were a product from the Middle East introduced first to Italy and then to the rest of Europe from there. The format by which almond flour was introduced to Europe was in a Middle Eastern cookie called maccherone by the Sicilians. These cookies would spread to France via Catherine de Medici in the 16th century. They would evolve into what we now know as macaroons. They would not reach England until almost 300 years later.

With the popularity of low-carbohydrate diets in recent years, almond flour has once again become a trendy ingredient. You can trace its resurgence back to the newfound awareness of celiac disease and gluten tolerance of the early 2000s.

Predictably, almond flour tastes like almonds. The sweet nuttiness is more at the forefront in baked goods that have few other flavorings. The flavoring can be an asset in recipes that you want to taste like almonds, but a drawback when you need a neutral-tasting flour.

Like the almonds from which it is made, almond flour is a rich source of important nutrients like:

Almond flour’s nutritional properties make it beneficial for treating or preventing conditions like:

Almond flour can serve as a substitute for wheat flour in baked goods if you want to avoid gluten. Adjustments will have to be made to the recipe since almond flour is not as dry as wheat flour. When used for breading on fried foods, it can be used as a 1:1 wheat flour substitute. Almond flour is the main ingredient in marzipan, which is an almond paste used in baking.