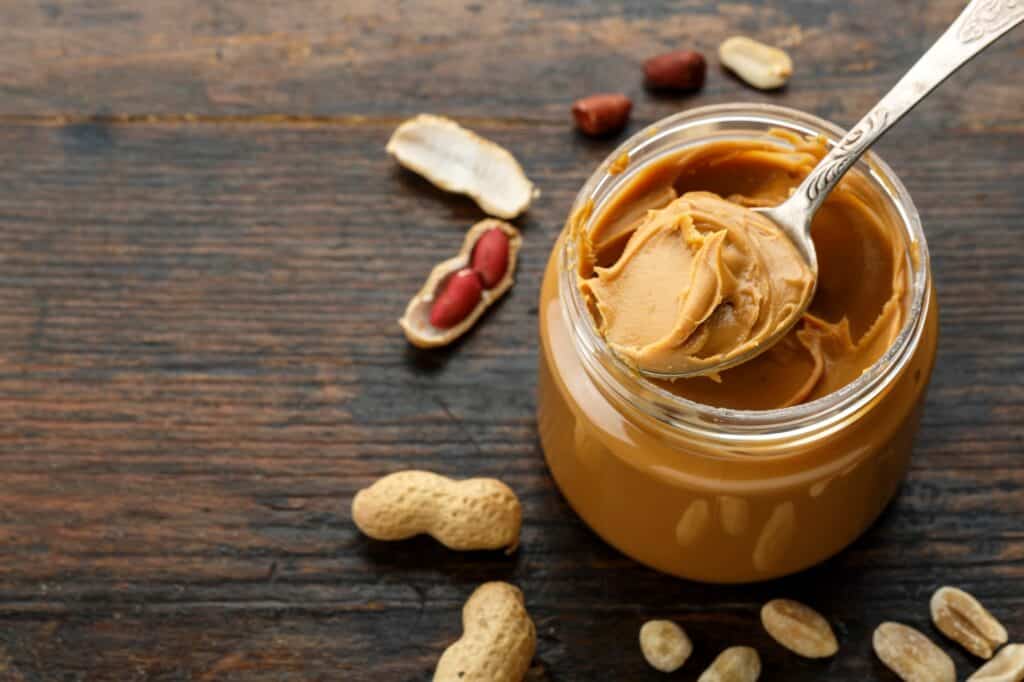 Almond butter and peanut butter are two popular nut butters. Both provide many of the same benefits to a dish, both in terms of flavor and nutrition; however, they also have some contrasting characteristics. We compare them in the SPICEography Showdown below.

How does almond butter differ from peanut butter?

Almond butter and peanut butter come from very different raw materials. Almonds are tree nuts from Iran and the surrounding region. They belong to the rose family, which makes them relatives of peaches and apricots. Peanuts are legumes — technically not a nut — and belong to the same category of plants as peas and beans.

Almond butter and peanut butter have very different flavor profiles. Almond butter has the extremely nutty caramelized flavor of toasted almonds. The flavor has elements of toasted bread and roasted coffee beans. Peanut butter typically will have a less assertive flavor, but it will also have some of the same nutty notes.

Almond butter and peanut butter differ in terms of the allergic reactions they can cause. While people can be allergic to both, the differences between almonds and peanuts mean that most people who are allergic to one are not allergic to the other.

There are very few dishes that you can make with almond butter that you can’t make with peanut butter and vice versa. In many recipes, the flavor profiles and the respective fat contents of each nut butter will not be much of an issue. Both work well as spreads for bread and provide a nutty or creamy element in vegan recipes. Because it is more flavorful, almond butter will give a noticeably different flavor profile to recipes where it replaces peanut butter as the main flavoring ingredient. While this may be seen as an upgrade for some, it is a matter of personal taste preference.

Peanut butter can work in place of almond butter as a spread for bread, but it won’t provide the same aggressive nutty flavor. Similarly, you can use it in baked goods recipes without significantly affecting the nutritional profile, though it won’t give you the almond flavor. Peanut butter might not be an ideal substitute for almond butter in every case because of the risk of allergies.

In addition to being a great spread for bread and crackers, almond butter is an excellent source of protein for vegan smoothies. Use it in baked goods that can benefit from the almond flavor. Use peanut butter in classic peanut butter and jelly sandwiches and recipes for peanut-flavored cookies and cakes. You can also add it to savory sauces as a thickener.