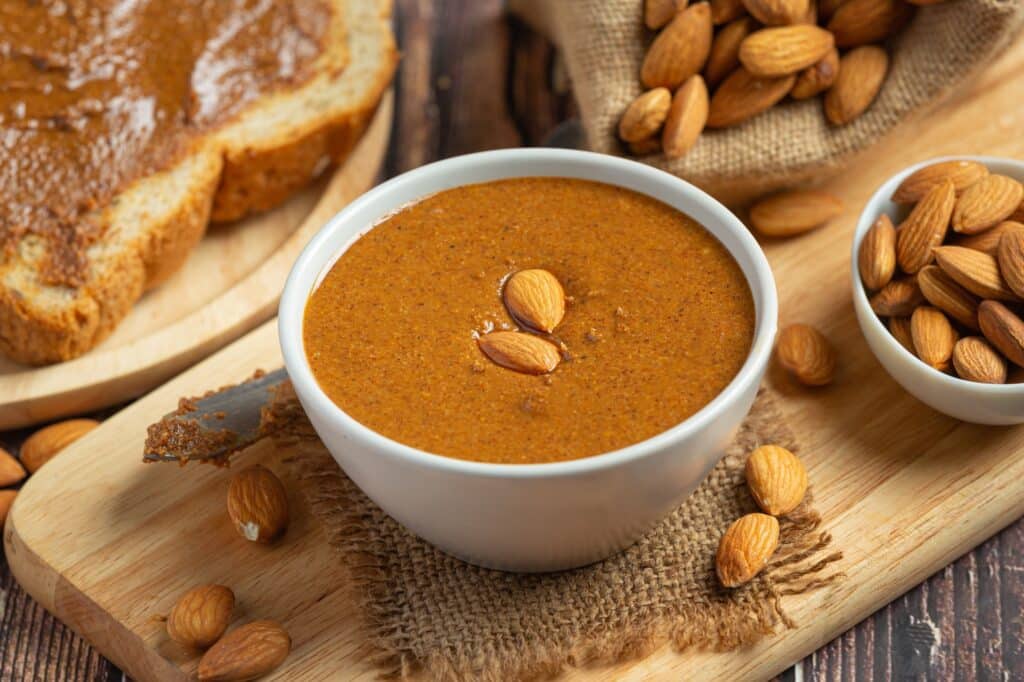 Almond butter is one of the more trendy nut butters and is arguably one of the healthiest. Because of its distinctive flavor, you should avoid replacing it whenever possible. If you have no other options, here are some similar nut butters that might make good almond butter substitutes.

As one of the most common alternative nut butters, cashew butter offers many of the same benefits as almond butter. It has some of the same nutrients and healthy fats as almond butter and a similar texture. It works fine as a spread and is an effective almond butter substitute in desserts and other baked goods, as well as in cooked dishes. It does not have the mild bitterness of some forms of almond butter, so it might be considered an upgrade for some people.

Cashew butter is not as flavorful as almond butter and does not have the strong nutty taste of other substitutes on this list; however, it will work in any context where consistency is the most important characteristic.

In a pinch: Soy nut butter

Sometimes soy nut butter is referred to as soybean spread. It is one of the best options for people allergic to both tree nuts like almonds and cashews as well as peanuts. It won’t have an ultra-smooth consistency like some of the other almond butter alternatives, but it can provide a similar nutritional profile.

Note that its flavor is milder than that of almond butter so while you will get a subtle nutty taste, it won’t give you the distinctive almond note. Soybean butter is not as popular or as well known as almond butter in many places, so you may have a hard time finding it.

Pecan butter is made from roasted and ground pecans. Like the other almond butter substitutes on this list, it is full of important vitamins and minerals along with healthy fats. Pecan butter is believed to have higher concentrations of antioxidants than all other nut butters.

Like the nuts used to make it, pistachio butter is full of important nutrients like B vitamins and potassium. Pistachios are reputed to be one of the healthiest nuts, which is why pistachio butter is one of the most nutritious nut butters even if it is not as well known as most of the others listed here. It is green, so its appearance differs significantly from brown almond butter.

Walnut butter made from ground walnuts provides protein and healthy fats. It is known to lower blood pressure and protect heart health. Walnut butter does have the slightly bitter edge that some people detect in almond butter.