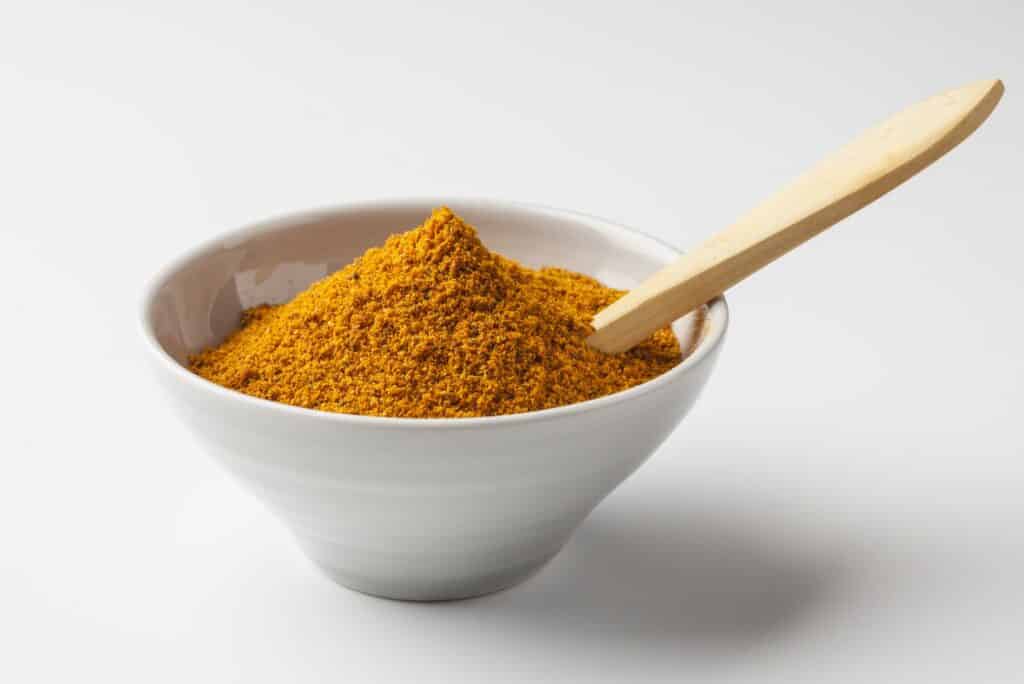 Aji amarillo refers to a type of chili pepper that is popular throughout the Andean region of South America, but that is most often used in Peruvian dishes. It could be considered one of the distinctive Peruvian ingredients and is thought to have originated there or in Bolivia and then was domesticated around 2500 BCE. The peppers are usually used fresh in Peru; the dried version shows up more often in Bolivian cuisine.

Some go as far as to call aji amarillo the most important Peruvian ingredient. The name translates to “yellow chili pepper” and is used because these peppers become a bright yellow when they ripen. When they are very ripe, they can take on a deep orange color. Aji amarillo powder is the dried and ground form of this pepper and is typically a deep yellow or orange color. The whole dried aji amarillo fruits used to make aji amarillo powder are sometimes referred to as aji mirasol or cusqueno. Other names include aji escabeche.

Aji amarillo is cultivated in the United States, Australia, and India.

Aji amarillo has a robust fruity flavor note similar to that of scotch bonnet chilies or habaneros. Its heat is moderate; it comes at between 30,000 and 50,000 on the Scoville scale, which makes it similar in heat-level to cayenne peppers.

Like other members of the hot pepper family, the aji amarillo is a good source of essential nutrients. Some of those are retained even after the pepper has been dried and made into a powder. Those nutrients include:

With aji amarillo powder as a part of your diet, you may be able to treat or prevent diseases and health issues such as:

The so-called holy trinity of Peruvian cuisine consists of aji amarillo, red onion, and cilantro. These ingredients form the starting point for many dishes. You will find aji amarillo in numerous Peruvian preparations, including causa rellena and papas a la huancaina, both of which are Peruvian potato dishes. Aji amarillo powder can be used to season dishes consisting of root vegetables as well as in ceviche. Use it as an all-purpose source of heat the way that you would use cayenne pepper or chile de arbol powder.